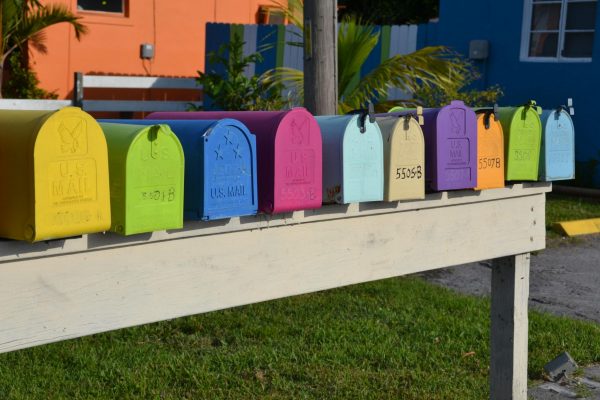 There used to be a logic and a predictability to housing in our country. That young families start by renting an apartment, move to the suburbs and buy a home, and then downsize in retirement, either to senior living or back to an apartment. The Great Recession has turned many of these assumptions sideways. Housing metrics on which we have traditionally based our viewpoints apply much less today, and owning that white picket fence has lost some of its appeal. We’re clearly not in Kansas anymore, but the new climate does present some newer, high-returning opportunities for real estate investors.

The American Dream remains further out of grasp for many families due to cost and a supply/demand imbalance. Home affordability is at its lowest point since 2008, with housing starts at their lowest level in two years. A lack of supply keeps home prices elevated, and high interest and mortgage rates often prohibit those who want to buy from doing so. Exacerbating these cost barriers are changes in tax laws such as the elimination of attractive mortgage and property tax deductions.  Existing homeowners have a hard time moving up the “property ladder” and are staying longer in their starter homes, opting to renovate instead of move.

There are other sociological dynamics moving the housing needle, driven largely by each end of the age spectrum. The trend of aging in place is causing a further squeeze on housing inventory: it’s estimated that there are 1.6 million fewer homes in the inventory because of this shift. And like their much-discussed younger counterparts at the other end of the spectrum, the Millennials, older Americans are less eager to own anything, let alone a house. Overall, Freddie Mac estimates we need another 2.5 million homes to meet current demand, and the National Multifamily Housing Council estimates that due to the aging population and other factors, we need another 4.6 million apartments by 2030.

While oat milk lattes may be a generational fad, there are more deep-rooted cultural and financial reasons behind the drop in homeownership among Millennials, a driving force in today’s housing dynamics. Due to factors like delayed marriage, burdensome student debt, and difficulty in obtaining mortgages, the homeownership rate for Millennials is down about 8% from previous generations at their age.

Along with these financial barriers, however, are generational proclivities for city living: younger people now gravitate toward urban/apartment living. And they aren’t the only ones: 65% of the US population currently lives in cities, and it is estimated that by 2050, the urban share of the population will be over 66% globally (compare this to 30% in 1950).

Technology is greasing the wheels of this urbanization. While interconnected technologies should seemingly enable people to work anywhere, the opposite is true: Millennials’ need for collaboration has brought them all to urban areas. As cities want to spur growth and innovation themselves, they are happy to nurture this. This rapid growth pressures cities, and coupled with population growth, results in a demand that outpaces current housing supply.

So where will Americans find shelter? The housing shortage has spawned some solutions. One is “micro living.” There’s no standard definition for micro living, but generally it refers to apartments that are less than 300 square feet, with a bathroom and small kitchen. Some apartments come furnished with sleek appliances and fold out beds; most other amenities are outside the unit itself. New York City’s first micro apartment building opened in 2015, while in Europe the concept is well established.

Moving up the size scale, manufactured housing is another affordable living option that offers community-style, protected living that is smaller on living space but big on amenities, attracting baby boomers and families alike. Residents can lease the land, and own the structure, or simply rent. Some manufactured home communities are virtually indistinguishable from regular housing developments. Fannie & Freddie, along with CMBS, compete to offer loans at attractive rates to both manufactured home developers and individual owners.

From an investment perspective, manufactured housing offers stable returns with low risk, low rates of default, and strong NOI growth. Aside from some larger deals (Blackstone’s purchase of 14 housing communities from Tricon for $172M), the manufactured housing opportunity, which can take equity or debt form, is underfunded by institutional capital yet massive.

While its institutional ownership is still only in the low single digits, the single-family rental (SFR) market is another asset class that continues to grow and mature, with SFRs a source of entry-level rental housing to millions of Americans.  According to a Freddie Mac white paper from December 2018, SFRs are now the largest source of rental housing in the country, providing rental housing to 25 million Americans and helping address the housing shortage (in rural markets, SFR comprises 66% of the rental housing stock).  In market value terms, the $4 trillion SFR market outpaces the traditional multifamily market ($3.7 trillion). The “Why buy?” approach appeals to Millennials but also families who can live in a home with a yard in a safe neighborhood and strong school district, without the mortgage payment.

These trends are likely to continue, and these alternative forms of home occupancy—micro living, manufactured home communities, SFR (even 3D-printed homes are rumored to be coming)—will in our opinion grow and flourish.

Life in mature western societies has evolved toward broader definitions of freedom: freedom to change jobs and careers, freedom to relocate, freedom to travel, and freedom from burdensome or expensive possessions. Housing is evolving to fit actual lives.

Investors should take the time to research these under-the-radar opportunities and consider financing them. The housing options above, not the suburban McMansion developments, are likely to be the new normal, and while they may have less square footage, can offer outsized returns.

Or, get some shelter here.